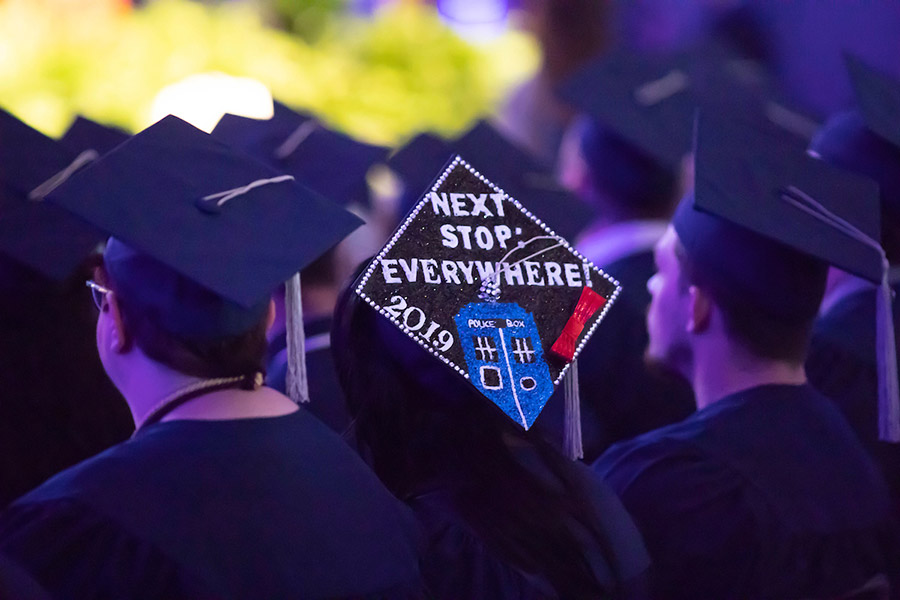 Rob Boone a native of Lexington, Kentucky, received a Regular Army commission from Sam Houston State University as a 2nd Lieutenant in December of 1992 as an Infantry Officer Branch detailed Quartermaster.

He holds a Bachelor of Arts in History from Sam Houston University and a Masters of Arts from American Military University in Military History, with a focus on Special Operations in Low intensity Conflict.

Boone retired after 26 years of service in 2016. Before joining Columbia College in 2019, he worked for the Veterans Administration and he Federal Emergency Management Agency.

Graduates can order their caps and gowns through the Herff-Jones website. The venue will notify students when regalia is available for pick-up.

Visit the Herff-Jones website to place orders for printed announcements or rings. If you prefer generic announcements, email the bookstore at SM789@BNCollege.com or call (573) 875-7341.

Feeling overwhelmed? View the Main Campus, Evening and Master's checklist to help you prepare for graduation.

Submit the following forms at least two sessions prior to the commencement ceremony you plan to attend:

Both forms can be found under Student Forms in MyPortal. Consult your academic catalog for a complete list of graduation requirements for your degree.

Doors open one hour before the ceremony begins. Seating is available on a first-come, first-served basis.

Contact your location to reserve handicap or wheelchair seating or to make other special accommodations. Advance reservation guarantees wheelchair seating, otherwise it is available on a first-come, first-served basis.

Ushers will be available to provide assistance.

Take I-5 North to EXIT 192 toward Broadway. Keep right at the fork in the ramp and merge onto Broadway. Turn left onto Pacific Ave. (Pacific Ave is just past 32nd St). If you reach Wall St you've gone a little too far. Take the 2nd right onto Oakes Ave.